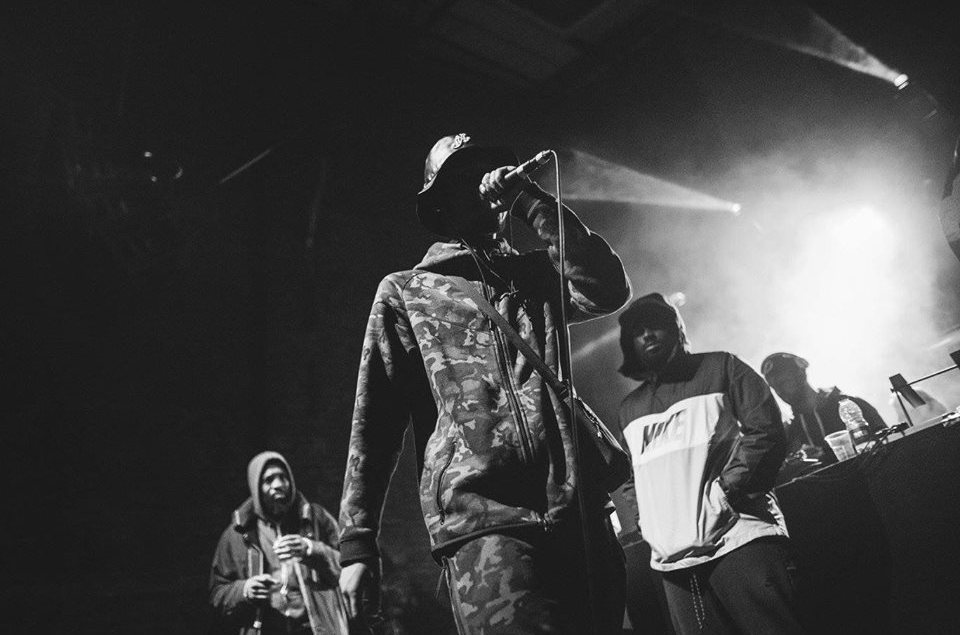 Words by Akeem Balogun and GRXMX

In his sophomore album, L.O.N.D.O.N, Cadell brings listeners into a rough, grimy and coherent observation of not only England’s capital but of the gritty nature that exists within inner cities and into the perspectives of a young man living within them. Cadell does this in a manner that feels instinctive, and the result is one of the strongest grime albums to be released in recent years.

L.O.N.D.O.N is a critical and analytical study of the capital, but Cadell’s outlook can be easily obtained by any listener living in any city or beyond. This is due to the album being about what the MC has seen, his ambitions, his generation and at times the near disappointment he has in others. Cadell spends a lot of time focusing on things happening around him and to other people – not just himself, such as on the titular track and on Tower Hamlets, which is a quality some of grime’s most praised albums, most noticeably Boy in da Corner and Made In The Manor, share. Cadell talks about problems as big as knife crime to topics as small as congestion charges. Despite the varying impact of both issues, these are real problems for people living in the capital – as well as many other cities – and Cadell’s mentioning of them demonstrates how thorough he is on L.O.N.D.O.N.

“All these stabbings of these innocents, my enemies aren’t looking any braver.” Exclusive

Cadell has an inspiring and unapologetic self confidence. Boy Wonder, No Chill and Create A Career are clear showings of this, but none more so than No Link Ups, a standout track produced by Splurt Diablo that has a grainy and almost static finish and sounds as if the instrumental started life decades ago but was completed in the not too distant future. It’s a fitting match to Cadell’s enticingly powerful voice and emphasises the unique talent the MC has to make everything he says sound important. Even in a track such as Put The Knife Down, where Cadell is talking directly to a demographic who often don’t want to be told what to do, Cadell’s style of delivery means he gets his message across without sounding preachy but without sounding insincere either.

The album’s aggressive sound is balanced with songs like Put The Knife Down as well as Voices, an introspective track and the album’s calmest moment, and Exclusive. The manner in which the MC closes the album is fitting, with No Hook continuing the themes set in No Link Ups and No Chill; which are  independence, a resistance to unwanted influence and a self acknowledgement of the MCs own authenticity, achievements and hard work.

“Ni**as are broke in tower hamlets, they ain’t got Spotify or Apple Music, they’ll hear this in two years and say my new tune’s hard.” Tower Hamlets

L.O.N.D.O.N is 100% Cadell – no features, which is, arguably, the only thing missing on an album that is a successful representation of a genre built on collaboration. This absence of extra vocalists is partially made up for by the diverse production, Kid D, Tre Mission, Polonis, Splurt Diablo and Johnny East all have tracks on the album, and this variety contributes a large amount to L.O.N.D.O.N’s success. Cadell spits over weightless beats on the album’s titular track, Voices and on Since 2001, and over classic sounding grime beats on Boy Wonder and Create A Career. The album’s use of grime’s range of instrumentals help it become an effort that works well in personifying the genre.

L.O.N.D.O.N is grime executed well by someone who has an innate understanding of it and who lives and breathes it. It is everything great about the genre flawlessly packaged together and delivered in an unrestrained way that leaves you wondering if the artist who has made it is aware of how successful it is or if they have just put it together out of instinct and habit.